Bitcoin is experiencing a precipitous collapse in May 2022 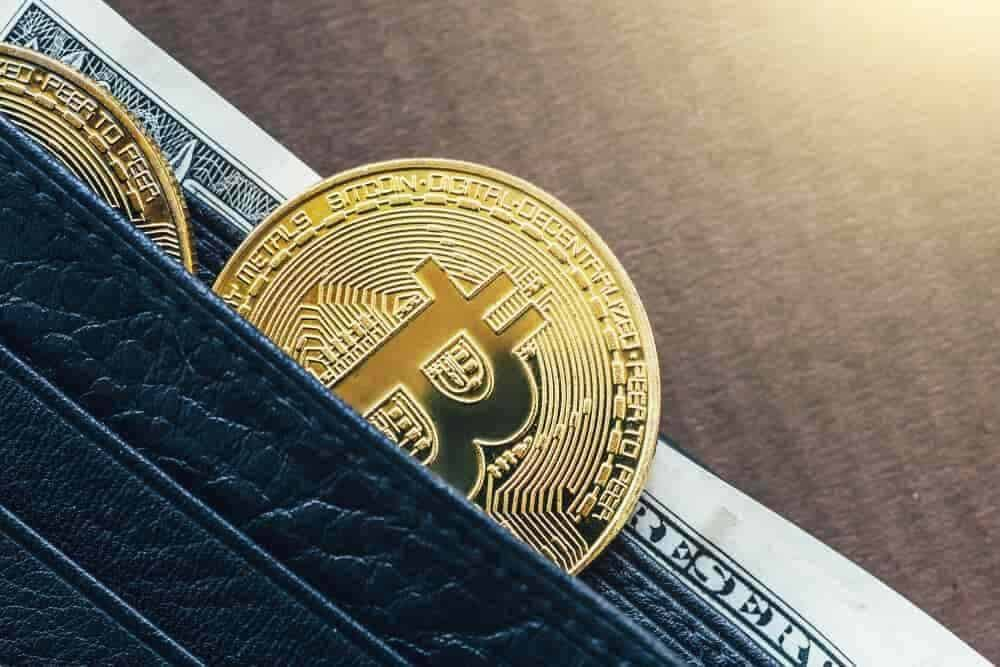 Wilmington, Delaware, United States, 13th May 2022, King NewsWire, Bitcoin’s exchange rate has plummeted. Its price in May 2022 fell below $27 thousand and, according to various estimates, may fall below $25 thousand in the near term.

Analysts attribute this to the throwing in of tens of thousands of tokens on cryptocurrency exchanges, that is, to the growth of supply, which always entails a drop in price.

Against this backdrop, more than 40% of investors who invested in bitcoin went into deficit, according to representatives of a company that provides cryptocurrency exchange services through ATMs in the United States – Paydepot.com. 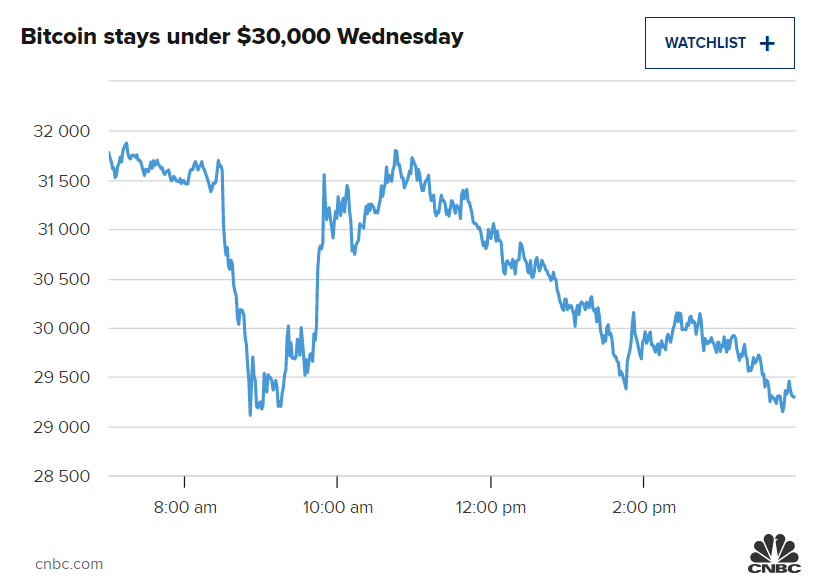 Bitcoin, the largest cryptocurrency in the world, began to rapidly lose value in the first half of May 2022. Thus, on May 10, 2022 bitcoin rate fell below the psychological mark of $30 thousand and stopped at $29.97 thousand, according to statistics provided by the major cryptocurrency exchange Binance. The previous time bitcoin fell below $30 thousand in July 2021.

These readings diverge from the profile resource CoinMarketCap, which calculates the average price of cryptocurrencies based on data from more than 20 crypto-exchanges. According to its statistics, bitcoin fell to $30.18 thousand, but did not fall below this mark.

Portal CoinDesk states that bitcoin held at $30.065 thousand. Nevertheless, all agree on one thing – the cryptocurrency is seriously falling in price. For example, on April 12, 2022, bitcoin was worth over $42,23 thousand. This price is calculated based on the XBX index – bitcoin spot rate. The index value is calculated based on observed trading activity on major cryptocurrency exchanges.

Bitcoin is having a bad time

At the time of publication, bitcoin was around $28494, with a market capitalization of $594.4 billion. Experts are not yet willing to pinpoint the exact reason for its collapse, because no high-profile events, including geopolitical ones, have occurred in the world over the past few days.

Experts believe that the new fall in bitcoin is a consequence of the rapid influx of cryptocurrency to exchanges. According to their calculations, in just one day, May 10, 2022, the number of bitcoins on exchanges increased by more than 40.6 thousand. This is a record for more than two years – the last time such a large drop was recorded in December 2019. At that time it was also the reason for bitcoin’s depreciation.

Overall, in the first days of May 2022, the maximum number of coins in the last three months arrived on exchanges and crypto wallets. All of this, according to analysts, is the reason for the current rate collapse.

How investors in cryptocurrencies can save money

Over the past month, bitcoin has fallen by an average of 12%. However, if we compare its current rate to its peak in November 2021, the fall is already in the range of 55%.

How long the decline will continue is unknown

According to CNBC, the collapse of the world’s main cryptocurrency hit hardest the investors who decided to exchange their real money just for bitcoin. About 40% of bitcoin holders went into deficit.

Other cryptocurrencies will not help 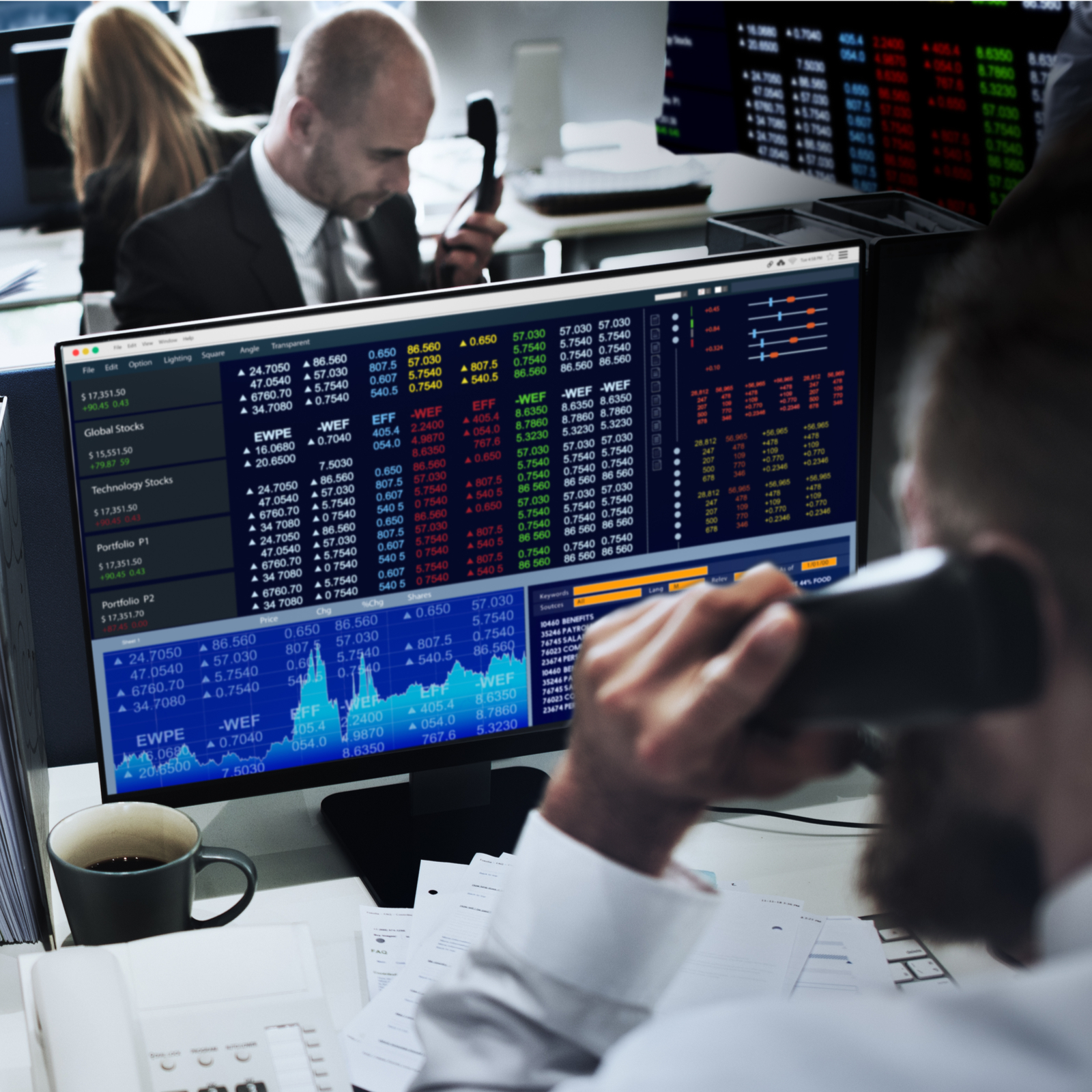 Investors’ attempts to transfer their money from bitcoins to Ethereum, for example, in order to save money in the shortest possible time are doomed to failure. The value of most cryptocurrencies, including unknown ones, is always based on the bitcoin exchange rate.

When bitcoin falls in value, it drags all other tokens with it.

There is no point in relying on less popular “substitutes” for bitcoin.

In May 2022, the entire cryptocurrency market showed a negative trend. Moreover, many virtual currencies are capable of falling in value several times faster than bitcoin. For example, in recent days, the Cronos token has fallen in price by 26% and Solana by 14%. Stepn (-26%), Nexo (-20%), Terra (-19%), Kadena (-18%) and Arweave (-17%) are also among the “record-breakers”. So the way out for investors is to diversify risks with other instruments.

It is also possible to reduce losses through the exchange of large amounts of cryptocurrencies in one time – the so-called OTC crypto desks.

Many analysts agree that there will be no rapid growth of bitcoin and the entire crypto market in the foreseeable future. On the contrary, bitcoin is predicted to continue its decline. Analysts believe that in the near future the rate will reach $25,000 and that there is a chance of its even more precipitous fall.

The post Review of the Cryptocurrency Market in May 2022 from Paydepot appeared first on King NewsWire.

Disclaimer: The views, suggestions, and opinions expressed here are the sole responsibility of the experts. No Financial Reporting 24 journalist was involved in the writing and production of this article.

Amazing blog! Do you have any hints for aspiring writers? I'm planning to start my...

They did a great job of guiding me through the entyire process. It was a...